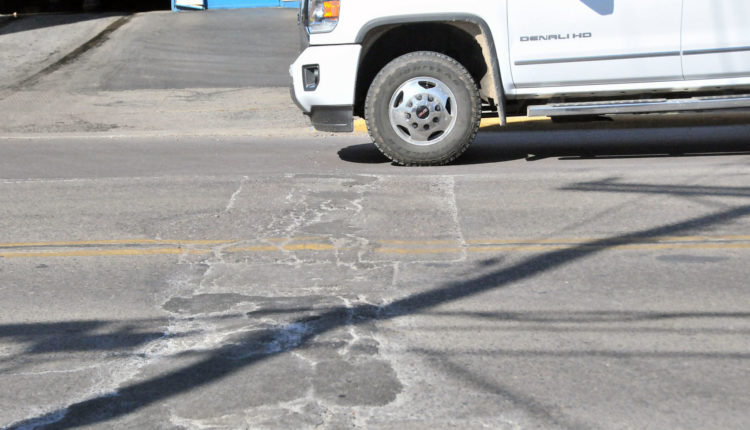 Wisconsin’s Department of Transportation plans to rebuild Highway 33 in Baraboo in 2025 at an estimated cost of $9 million. The city’s only on the hook for one-fourth of about $1 million in preliminary design work.

On Monday, the Common Council’s Public Safety Committee voted 3-0 to spend $270,000 to cover a quarter of preliminary engineering costs. This expense may be spread between the 2018 and 2019 budgets. The measure next moves to the full council.

The DOT plans to rebuild nearly 2 miles of the busy and battered road. The project has been a long time coming, as the city has sent annual letters to the DOT asking that it fund Highway 33 reconstruction. In 2016, the city spent $500,000 on its own to rebuild the road’s outer lanes.

“It does appear good things come to those who wait,” Pinion said.

City leaders learned in February that the DOT was working Highway 33 into its six-year plan for major projects. It originally was penciled in for 2024-2026, and now is slated for 2025.

The design phase will reveal whether Highway 33 — which doubles as Eighth Street/Avenue — will continue to be a four-lane artery, or whether a “road diet” will result in single eastbound and westbound lanes, with a turn lane in between. The DOT also may address safety concerns by straightening offset intersections such as the one at Jefferson Street, which makes entering and crossing the roadway challenging.

“They’ll take a hard look at it,” Pinion said.

Preliminary engineering also will help the DOT refine the project’s estimated cost. A previous city-initiated estimate set such a project’s cost at $7 million.

Highway 33/Eighth Street is Baraboo’s key east-west artery. It connects Interstate 90/94 with U.S. Highway 12. Traffic volume ranges from 10,600 to 14,800 vehicles per day, depending on the segment of road.

The federal government will cover 80 percent of the cost of rebuilding 33, with the state chipping in 20 percent. The city will pay for utility work related to water mains, as well as any aesthetic touches it might choose to add.

A rural stretch of 33 east of the city — from Sauk County Highway T to the Columbia County line — was rebuilt in 2010.