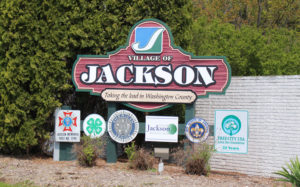 The state Department of Administration (DOA) is seeking additional information and revisions before it will approve a cooperative plan between the village and town of Jackson, agency officials stated in an April 18 letter to both communities.

The DOA gave both communities 90 days from April 18 to resubmit a revised cooperative plan to the department.

The DOA ruling is the latest action in a process with a history that goes back to a 1999 revenue sharing and cooperative boundary agreement between the two communities, which was amended in 2005 and 2008. According to the executive summary from the DOA, when the village adopted two ordinances in 2015 to transfer certain town areas into the village as part of past agreements, town residents in those area questioned the validity of past agreements and an organization called Jackson Town Residents Against Attachment (JTRAA) filed suit against the village and town. The JTRAA, town and village did reach a Memorandum of Understanding and the the lawsuit was stayed to allow a new cooperative plan agreement to be created to address past legal deficiencies of past agreements. Public hearings regarding the current plan were held on Oct. 16 and Feb. 26.

When reached for comment last week, Jackson Village Administrator John Walther said the village  “was not surprised” by the DOA decision to not approve the current cooperative plan.

“Understanding that the proposed Agreement may contain certain deficiencies, the parties had already submitted a letter to the DOA on March 8, 2018, suggesting additional information that might be added to the Agreement to satisfy the DOA’s statutory review criteria. The DOA has indicated that the revisions described in our March 8 letter will satisfy the remaining statutory criteria,” Walther stated.   “The parties will accordingly revise and promptly resubmit the Agreement to the DOA pursuant to s.66.0307(5)(d) of the Wisconsin Statutes.”