Letter to the Editor: Frustration over cell towers 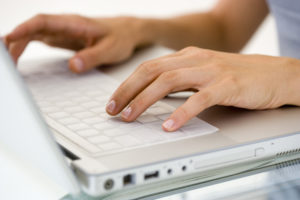 0
Share
Frustration over cell towers
To the Editor,
There seems to be a general current of dissatisfaction in Menomonee Falls with the actions of the Village Board – e.g., anger runs high in opposition to the new apartment building now crowding Main Street and blocking view and access to what has given the village its name – the Falls.  There is expressed frustration that things are done in secret, behind closed doors, with little regard to the will of the residents.  Now we have proof positive of just this kind of activity by our elected officials.  Largely if not entirely due to public outcry, plans for a 120-foot cell tower on the conspicuous corner of Appleton Avenue and Lilly Road were withdrawn on Sept 15 and new proposals presented on Sept 18 to build the same structure at the fire station a few hundred feet south in a residential area, as was the first, and at Old Falls Village, also adjacent to residential properties.
Details of the lease agreements were hammered out in “closed session” before the Sept. 18 board meeting and the results were not publicly announced, though the leases were made available to the public the following day if one chose to request them, since they were not evident in the videotaped replay of the board meeting – inspection shows the village will charge US Cellular $1,400 per month for the fire station lease and $1,100 for the Old Falls Village lease monthly.  Careful scrutiny of the drawings for the towers reveals that the plans were complete on December 20, 2016 for the fire station tower and those for the Old Falls Village were begun on March 20, 2017 and completed within a few days.
Who knew about these plans?  Certainly not the citizenry, of whom more than 900 have signed petitions strongly opposing residential cell towers since the first proposal was presented in July of 2017 – and, by the way, plans for that tower were begun on Jan. 20. Is this transparency in government?  Is this a government responsive to the will of the governed?  Does $30,000 a year, the sum of the two proposed leases, exceed the value of the health and safety of tax-paying, law-abiding citizens of the Falls?  Is this the modern-day equivalent of the infamous thirty pieces of silver, here surpassing the worth of the public will?  Is this democracy at work?  And how many other secret projects are lurking behind the scene at Village Hall?Signed,
P. Waggoner
0
Share
Express News

Andrew’s journey into the record books

Letter to the Editor: A ‘healthy and stable community’